It is estimated that on average 6000 tweets are sent on Twitter every second, making it one of the world's most powerful social media platforms and a quick and easy way to spread the word of your art! Here are our top tips on how to make the most of Twitter.

Twitter has spawned a language of its own, so to make the most of this article you will need to know the following:

Unlike Facebook and some other social networks, there is a 140 character limitation to tweets. That's characters not letters, so any punctuation, links, spaces and images will count towards your total! 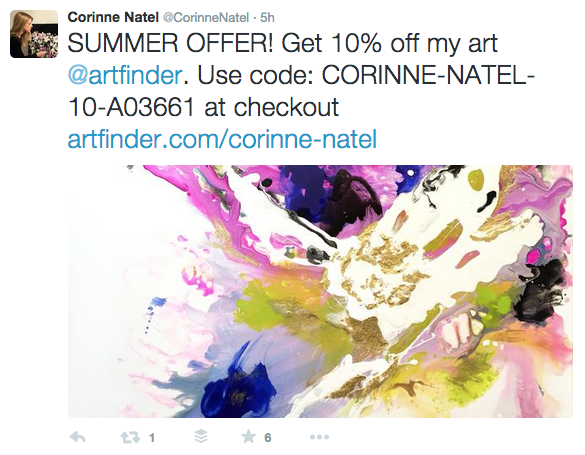 It's easy to think that it's all about garnering an army of followers - and in many ways this is true. Having an extensive network of fans on Twitter is always a plus and shows the world that your artworks and opinions matter. However there are some things to take into account when commencing and broadening your fan-base: 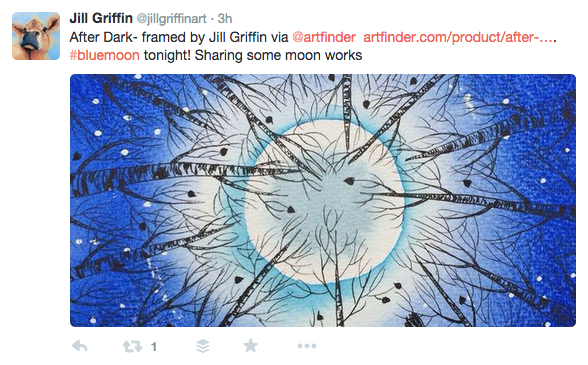 Once you've set up your page, and are comfortable with the ins and outs of tweeting, it's time to get experimenting! The aim of the game is to get the most engagement (retweets and comments) from your burgeoning band of followers to gain even more exposure. This is where page analytics can really come in handy:

Have more to add? Why not start a discussion on the Artfinder Seller Forum!